Facebook is a social networking site where users share their
personal interests with others.
There are more than 1 billion active users (per September 14,
2012).
That’s more people than people in Europe, or 1 in 7 people on
earth.
Users can create a personal profile and others who have a
profile invite to become a friend.
Each user can (like Twitter) on a bulletin board called (in
English: “wall”) post messages.
These messages can be about what they are doing, what they
think or what their opinion is.


A user can also be personal contact information in his or her
profile.
One can communicate via public and private messages.


Facebook Timeline is nothing but that your messages (pictures
and videos) at time of order to. On your wall

Facebook gives allows the user the ability to specify what
happened a year. So
you get a timeline of your entire history. Compare it to a
journal. Also
you can control who can view the messages.
So you can only show it to your partner or parents. Personal
events


It looks very nice, you can even select which friends you have
to know which jobs you’ve had and what you’ve done in a certain
period at a certain moment.

So Spotify has created the opportunity to work with friends
synchronous listening. To the same song
You see if it were a friend of a particular track and you can
listen right from the point where the song is
listening.
Facebook news

Project X
Facts:
Recently
(September 2012) is a girl of 15 years for her birthday
invitation posted on her Facebook page and has forgotten to
indicate that this invitation was intended for her friends and
family.
Thousands of people have registered as-next social media came
to the attention of traditional media such as radio and
TV.
The result was a crowd in front of the girl that major riots
and damage caused in the village of Haren.

Opinion of the
author of watisfacebook.nl:
Now
the question is: there are people to blame and to avoid this in
the future? I do not
think so.
The big difference between the Internet a few years ago and now
is that a few years ago were moderated user groups (eg
forums). Once
something out of the hand seems to run is taken.

That is much more difficult since the users take care of the
content.
The only thing that-please note: in the beginning, can-do was
the girl herself, by removing after more than 100 people signed
up, the invitation then it became a major media sensation and
then a problem for law enforcement .
You can at least its not blame she had seen this coming.

In principle, there are moderators (Facebook?) To get up once
an event / invitation suddenly gets a lot of attention.

Message from
Mark Zuckerberg (October 4, 2012):
“This
morning, there are more than one billion people using Facebook
Actively each month.


If you’re reading this: thank you for giving me and my little
team the honor of serving you.


Helping a billion people connect is amazing, humbling and by
far the thing I am most proud of in my life.


I am committed to working every day to make Facebook better for
you, and hopefully together one day we will be bootable to
connect the rest of the world too. “


Facebook CEO Marc Zuckerberg came yesterday for the first time
face to face with Facebook investors, which to say the least
not happy with their investment. Eye to eye 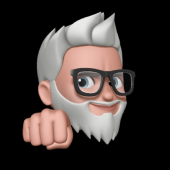 How To Get Your Podcast On Spotify – Full Tutorial

Tips To Build an Entrepreneurial Mindset | From The Ground Up Ep. 10